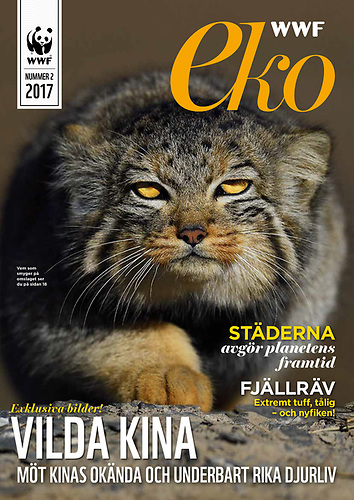 Swedish WWF bring attention to Staffans image of the Palla’s cat in the latest issue of their magazine WWF Eko. The image was on the cover of the magazine earlier this year and has since been awarded in both China’s largest nature photo competition and in the Oasis photo competition. WWF Eko also highlight the book Ett Vildare Liv (A wilder life) by Magnus Lundgren and Staffan Widstrand, awarded Panda Book of the Year by WWF Sweden. Signed copies of the book can be ordered directly by contacting Staffan.